My Notorious Life by Kate Manning is the tale of Axie/Ann Muldoon, an Irish immigrant child from the slums of New York.

Opening in 1880 with Ann using a tragedy as an opportunity, we follow Axie back to her humble beginnings , starving and cold, begging with her younger brother, Joe and sister, Dutchie as her mum lies ill in bed.

The story follows Axie/Ann throughout her life as she taken to an orphanage, is moved out West to find new families and eventually finding her own occupation.

Ann begins to help women with their fertility, in a time when men had begun to usurp the role of midwifes. She eventually becomes the Notorious Madame DeBeausacq, controversial and wildly successful purveyor of remedies for women’s health.

Axie is lively and spirited, inspirational and tragic, a successful woman never forgetting the streets where she came from with a dogged devotion to her family.

I found this novel compelling and heart breaking, particularly the backdrop of the world of women’s health during this period. The men who sought to demonise the ancient craft of midwifery and the women who helped others, assisting with births and providing remedies to prevent/promote pregnancy.

An interesting historical read about a controversial business woman. Recommended. 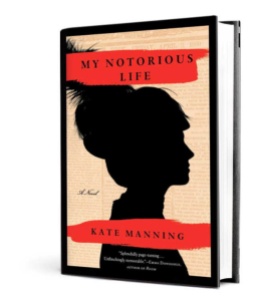