How I “finished” – Tip #4 Thwarting Resistance

Resistance is the evil force standing between me and everything I want. He’s the naughty voice in my ear telling me stay on the couch, just another episode or have another slice, you deserve it. 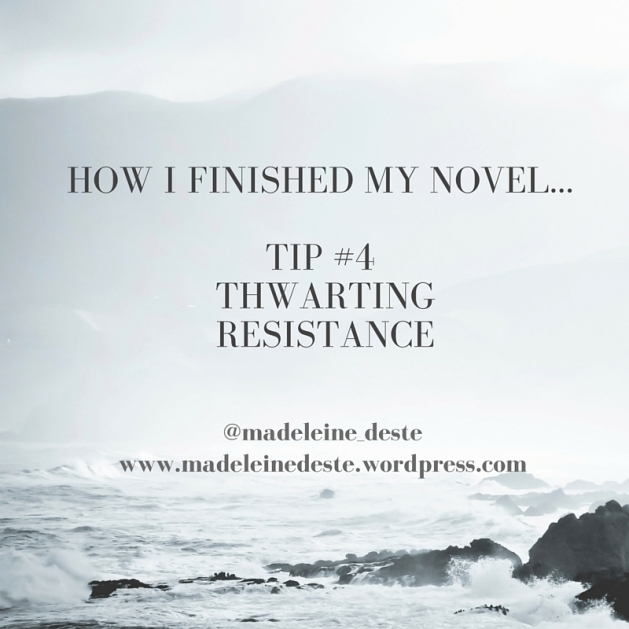 Resistance is mean and wily. He changed tactics and got stronger the closer I got to finishing. He told me I was wasting my time and I’m no good. He filled my head with fears I was going to stuff up my manuscript and I don’t have the talent to finish this.

Once I became conscious of Resistance and his mean tricks (thanks to War of Art), I am vigilant. I know what he’s up to.

I have my defences ready.

I just ignore him and keep going.

How do you thwart Resistance?

When did you feel like a “real” writer? Part Two

When did you feel like a “real” writer? Part Three