What superstitions did your Gran or Mum hand down to you?

With my writing and research for Folklore Thursday, books I’m reading and ideas for a new story knocking round my head, I’m in a real folklorish and superstition-filled place at the moment.

My mum passed a few superstitions down to me. No shoes on the table, no open umbrellas inside and cutting crosses in brussel sprouts. So now, I’m curious what superstitions and folklore traditions other people inherited and still follow today.

I put a question out to the Folklore Thursday community

Here’s a summary of the responses…

END_OF_DOCUMENT_TOKEN_TO_BE_REPLACED 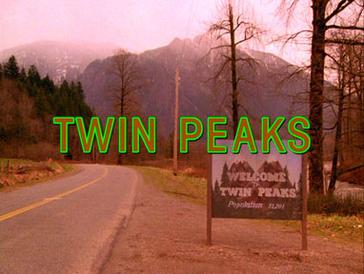 END_OF_DOCUMENT_TOKEN_TO_BE_REPLACED

In horror, movies, not writing, podcast

Despite my earlier post about being the Halloween Grinch, I love a scary movie and this is the time of year to talk horror.

So, I’ve been inspired by my favourite movie podcast, Filmspotting, to list my top 5 childhood movie scares.

In no particular order, here are the top 5 movie moments which scared the pants off me as a little ‘un.

END_OF_DOCUMENT_TOKEN_TO_BE_REPLACED

Why I struggle with Halloween

In not writing, stuff about me

I love the dark stuff. I love ghost and witches, vampires and werewolves, folk horror, the supernatural and everything spooky in between. I was a goth for gawd’s sake, brought up on a healthy diet of the Cure, Twin Peaks and black eyeliner in a place known for it’s own brand of gothic literature.

And yet, I have real troubles with Halloween as a celebration.

END_OF_DOCUMENT_TOKEN_TO_BE_REPLACED

What book are you most grateful for?

I think I’ve established here, I’m a bit of a new age-y personal development type (in amongst the love of horror movies and heartless disdain for anything romantic).

As part of my routine, I keep a gratitude journal beside my bed and at the end of each day, I write down five things I’m grateful for. Sometimes the five things are puerile and short (coffee seems to feature often), other days they are fundamental and deep (being safe and empowered to make my own decisions in life).

I stumbled across a “30 days of gratitude” infographic and I’m using these suggestions as a prompt for new things to remember to be grateful for.

I checked Day 8. – what book are you most grateful for?

END_OF_DOCUMENT_TOKEN_TO_BE_REPLACED

In craft, creative outlets, melbourne, movies, not writing, steven pressfield, stuff about me

I can be a bit single-minded. All work and no play makes Madeleine super freakin’ boring. I have to remember to stick my head out of the writing cave and do other stuff, like talk to people and put shoes on. Today I’m going to talk about stuff other than writing and Evangeline.

Writing is not my only creative outlet. I like to make tangible stuff. After spending all day in my mind, it’s fun to make stuff with my hands – cook or craft.

At the moment I seem to be obsessed with cross stitch patterns. My mum used to be an avid cross stitcher and has some beautiful framed work around her house. For some reason in the past week, I’ve been drawn to the world of cross-stitching and I’m stalking various patterns and kits on Etsy. Maybe I’ve also been inspired by the cover of the Steven Pressfield’s new book on writing (Nobody Wants to read your sh*t). I’m seeing some cross-stitch action in the near future.